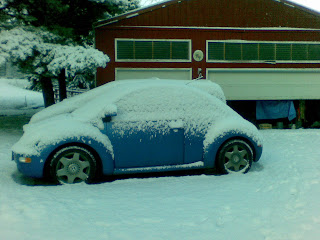 Strange winter happening outside. It hit pretty hard in December, was quite the adventure driving to work on ice - spent a couple hours on a blocked freeway one morning when I was supposed to get to work early to install some new software. After a week or two of this stuff, it warmed up (to freezing) and it's held there at night ever since. Days are a balmy 40-45, though. Crisp but not really cold.

Had a good Christmas on the farm, fairly quiet but we're not really removed from family here, just at the other end of the wireless.

The WinterBrau - a nice quiet reflective Organic Brown Ale - I made in November (dubbed it Amber Waves because we bottled it on Veteran's Day) sat in our Alpaca Store, where the heaters have been off all winter. As a result, it must've thought it was a Lager and never quite carbonated in the bottle. But it isn't bad, and I discovered that bringing it in the house for a week or two before opening one helps. 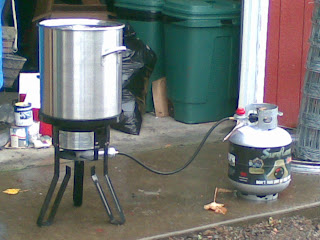 How to boil the wort in a deep-fat turkey fryer.


Then my lady surprised me by smuggling my daughter into the state for a visit. It was a Great Christmas present. We went up to Oakridge where I was born and played in the remaining snow one day. My family will recognize this picture as the selfsame spot we all learned to swim as kids, and yes, you're right - that water never does warm up. But it is beautiful up there. 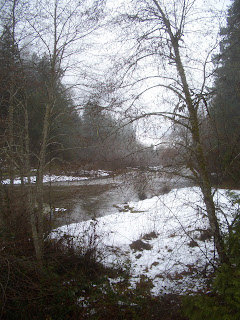 Meanwhile, the alpacas don't seem to notice that it's cold out. They do prefer their water LIQUID though, so Ann's been hauling buckets of boiled water all over the farm to melt the ice in their waterbuckets. We should have some better solution ironed out by next winter... 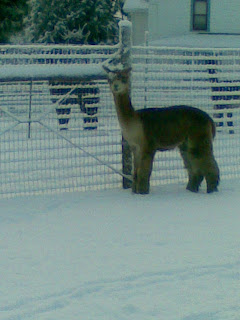 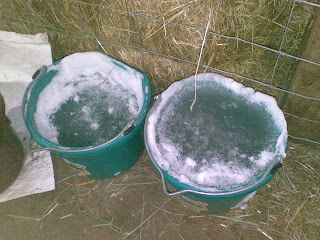